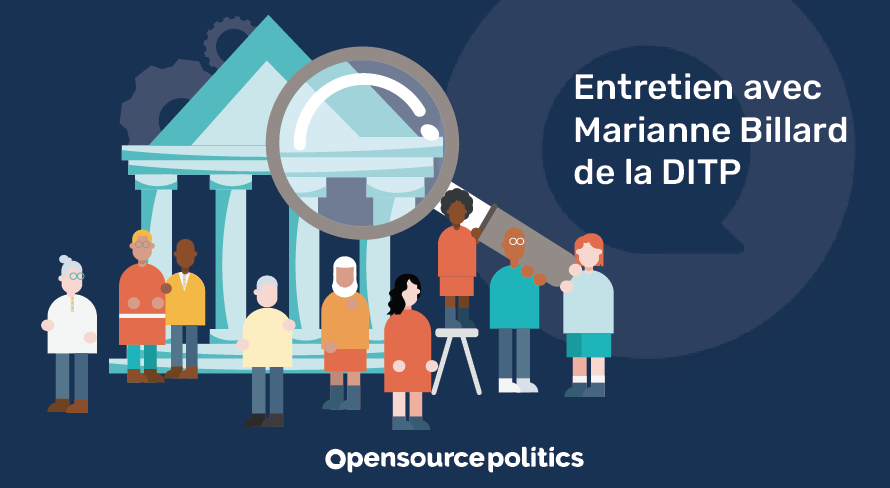 What is the Open Government Partnership?

The Open Government Partnership (OGP) is a collaborative approach with civil society to develop, monitor and evaluate public action . It is not about reforming a particular public policy. On the contrary, the OGP method can be applied to a wide range of topics. For example, the themes may include environmental challenges, digital inclusion, violence against women or sustainable food. The particularity of the OGP is therefore to bring together citizens, associations and companies in order to transform public action in its entirety around the values of participation, accountability and transparency.

What are the milestones of the Open Government Action Plan 2021-2023?

Since France joined the OGP in April 2014, the Open Government Action Plan has been developed every two years . Amélie de Montchalin, Minister of Transformation and Public Service, announced the launch of the development of the third Open Government Action Plan on 23 February 2021 . From now on, we will organise numerous workshops and events from March to the beginning of July 2021 to build this action plan with civil society. In addition, three State Open Forums will be held during this period to exchange on the commitments of the next actionplan. Finally, the action plan will be drafted during the summer of 2021 for publication in September 2021.

How to build the Open Government action plan with civil society?

The first phase of consultation and studies will run from March to early July. During this period, the DITP will organise a number of workshops open to civil society and will conduct individual interviews with both public and private actors working towards open government . Regrettably, the evolving health situation does not allow us to organise face-to-face workshops and events at this time.

In the face of this uncertainty, the DITP has launched several initiatives to develop the 3rd Action Plan for Open Government at a distance . Firstly, we have set up a cycle of bi-weekly webinars with the aim of acculturating people to the subject of Open Government. We have also developed a new website that will keep citizens informed throughout the process through a participatory blog. Finally, we want to sustain the exchange relationship we have with civil society. To this end, we will create a mapping tool of Open Government actors . Public authorities will soon be able to use this tool to identify civil society.

A change in governance culture

The Open Government approach aims to establish a permanent dialogue between the administration and civil society. To create the conditions for this collaboration, it is essential to strengthen the transparency of public action . The principle of opening up public data by default is therefore obvious. If public data are not open and available, citizen participation is more complicated. The choice of software also contributes to the consistency of the approach. We favour free and open-source tools such as Decidim, Pol.Is, DemocracyOs, etc. to best guarantee transparency and accountability to citizens.

However, the Bothorel Mission has identified certain difficulties with regard to the publication of data. Admittedly, there are legal provisions that protect the legal secrets surrounding certain administrative documents. However, the principle of opening up data is a necessity in order to restore trust with citizens. Firstly, it is therefore necessary to ensure that personal data are protected. In addition, opening up public data requires time and human resources to do so. The administration may not have enough time and resources for these needs of opening up public data.

One of our main missions at the DITP is to raise awareness among public officials about open public data. We are convinced that public action must set up new collaborative and inclusive processes with civil society. The DITP will organise a multi-stakeholder forum as part of the evaluation phase of the Open Government action plan . This regular meeting would be an opportunity to exchange and feed back civil society initiatives .

In this civic space, our role would be toact as mediators between public authorities and associations, think-tanks and companies. We want to accompany Open Government initiatives coming from civil society. In this sense, we therefore welcome proposals for workshops and collaboration.

In a context of institutional mistrust, many hopes are pinned on digital technology. Civic tech aims to strengthen citizen engagement and participation. However, 13 million French men and women have difficulties with the use of the Internet. This context could quickly slow down the development of civic tech. How can we guarantee the inclusion of remote audiences in the digital tools for citizen participation? This paradox was at the heart of the round table discussion "Digital inclusion - an oversight of participation" during the National Meetings on Participation in Mulhouse.

The speakers stressed the importance of associating digital mediation and citizen participation in order to reduce inequalities in access to digital technology. Indeed, online participation is meant to be free and open, but it must be accessible to as many people as possible. However, it should be noted that at present, civic tech is still far from reaching the general public and that its participants have fairly homogeneous sociological profiles. In addition, there are sociological biases that may be introduced directly into the computer code by the developers. In the IT development sector, the majority of people are still men with a high level of education and from privileged social classes. Civic tech must therefore pay close attention to this phenomenon. Otherwise, the models developed will be non-inclusive and de facto non-democratic.

Since its inception, Open Source Politics has placed great importance on including a wide audience in its missions. With this in mind, our teams strive to simplify the user experience and improve the accessibility of the platform. Open Source Politics also strives to adapt the communication of its platforms to different audiences. For our partners, we produce Easy to Read (FAL) content for users.

It should also be noted that Decidim is compliant with the Web Accessibility Initiative (WAI) standard. The French legislator has aligned itself with the European directives for the Référentiel général d'accessibilité pour les administrations (RGAA ). Accessibility to the platform is given the utmost attention by the Decidim community.

Decidim is a project that advocates for the creation of inclusive digital spaces. Features have been designed with this in mind. For example, the represented users allow an administrator to register a contribution "as" in order to make the contributions of people who are far from digital visible on the platform.

In order to fight against the gender bias introduced directly into the code, the Decidim association has set up the DecidmFemDev Program which grants scholarships to women and non-binary people wishing to contribute to the development of Decidim.

The example of Emmaus Solidarity

As an example, Open Source Politics helped EMMAÜS Solidarité to implement an internal consultation to determine the association's strategic orientations. The platform has 284 subscribers, 74 proposals and 12 meetings. In addition, EMMAUS Solidarity also launched two surveys: one for employees, volunteers and members, and one for the people it supports. In this spirit, the organisers used the " Represented User " feature during the meetings with supported persons. Our consultants participated in several of these meetings to assist in person the remote audiences who wished to contribute. The results provided a diverse input reflecting the different stakeholders of Emmäus and contributed to the development of the association's strategy for the period 2020-2025.

Digital inclusion, an eco-system of actors

10% of the French population expresses difficulties with the Internet, that's a lot!

Yes, it is! And this is why we at Open Source Politics have been members of La MedNum for several years, an SCIC in which the State is also a shareholder and which brings together inclusion professionals by co-organising Numérique en Commun[s] every year. Through our contact with this ecosystem, we learn a lot and we keep abreast of the services that are developing and that can provide solutions.

For its part, the public authorities are increasingly committed to digital inclusion. Public funds have increased tenfold in recent years, from a few hundred thousand euros to 250 million, making digital inclusion a social issue to which a large-scale response must be provided. Thanks to this, new projects are emerging and the inclusion ecosystem is developing. In particular, we can mention the #APTIC digital passes which allow the financing of training in thousands of third places in France and Aidants Connect, a State startup launched to assist people in difficulty with their online procedures. A rapid intervention kit contains numerous documents and aids to facilitate the support of people who are far from computers by digital mediation professionals.

Open Source Politics is proud to be part of this movement for an open and inclusive democracy.