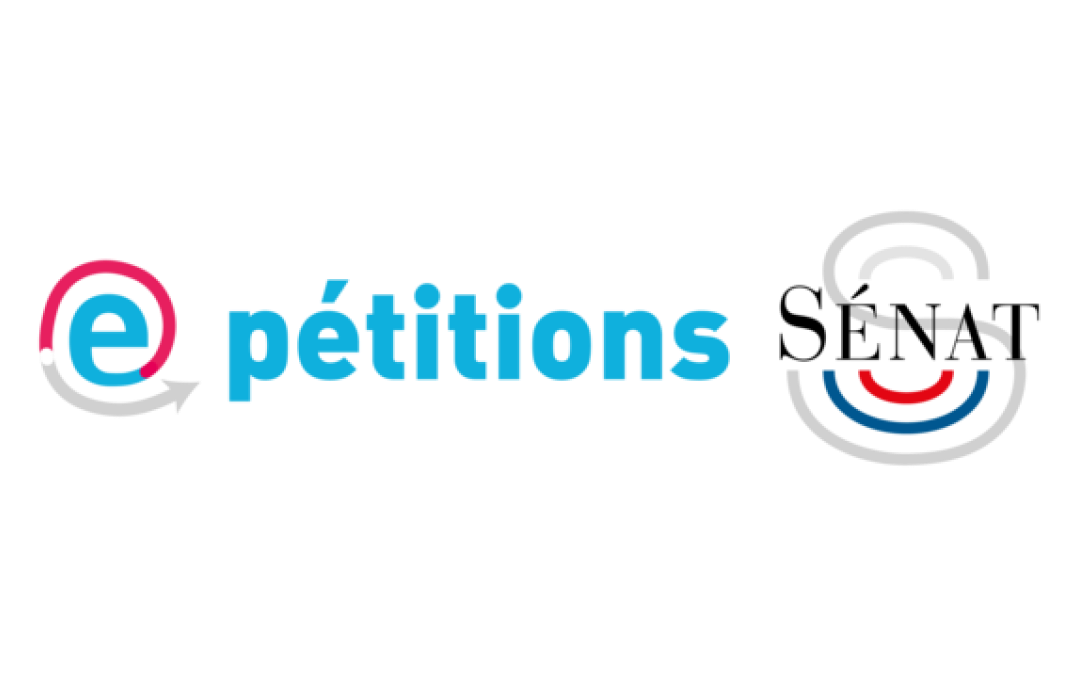 For several months, OSP and the Senate teams have been working hand in hand to launch a new service: the official petitions.senat.frplatform

This platform allows citizens to submit petitions and/or sign them online, in a secure way thanks to an advanced FranceConnect integration. This democratic innovation uses the free and open source Decidim technology, and in particular the "Initiatives" module, which allows citizens the right of interpellation.

A major democratic innovation for our institutions

Decidim's Petitions module is deployed for the first time on a national scale, making the Senate the first Parliament of the European Union to contribute to the development of this digital common good.

This system is reminiscent of the petition.parliament. uk platform that was successfully set up by the British Parliament: the collection of several million signatures made it possible to bring 73 citizens' petitions before parliamentarians in the UK.

These two initiatives demonstrate the growing willingness of parliamentary institutions to open up to citizens by offering them the ability to put issues on the legislative agenda.

After the mixed results of the Grand Débat, it is interesting to see that national consultation exercises that were previously purely consultative are now gradually giving way to methods that leave more room for manoeuvre for citizens - we are thinking, for example, of the Citizens' Climate Convention and its participatory platform Decidim, also set up by OSP.

These are important new advances for civic tech in terms of impact and we are delighted that they are being made on Decidim. Each time, the choice of this free software was made taking into account the ethical rules that govern it and its exemplary nature in terms of personal data protection. The CNIL recently highlighted the qualities of the software in its Cahier Innovation et Prospective sur les Civic Tech(see our article here).

Indeed, free and open source are the best guarantees of transparency for a digital platform. The source code is accessible and makes it possible to know all the internal workings of the platform. These same properties allow the software to be taken over, installed and modified by other institutions or communities. Thus, the investment that the Senate has made in the software will benefit all other organisations that want to use Decidim, whether at the parliamentary or local level. For example, the City of Barcelona has developed this module to allow citizens to enter the City Council and place items on its agenda.

Open Source Politics, in collaboration with FranceConnect and the Senate, was therefore able to take the existing software and adapt it to this new context.

The challenges posed by the Senate petition platform were significant:

To do this, we used a brand new feature of FranceConnect that allows us to meet all these constraints. FranceConnect is an identification and authentication system for individuals proposed by the State to secure access to online public services, via the identifiers of the tax authorities or health insurance, for example.

Petitions.senat.fr is thus the first site to use France Connect authentication anonymously! On each petition, by clicking on the "Sign" button, the user creates an anonymous account via FranceConnect. The only information retrieved is the identification key, a unique and anonymous identification key provided by FranceConnect. No other data is retrieved after signing a petition.

Secondly, the Senate needed to devise its rules for handling petitions. In this respect, a petition can be

Before being examined by the Conference of Presidents, proposals must pass two admissibility checks:

During all these successive stages, the platform allows the evolution of petitions to be followed by all Internet users. Decidim makes it possible to document all the steps and makes the process understandable and accessible for both the petitioners and the signatories.

After only 2 weeks of activity, there are 31 petitions, and more than 6000 signatures! A successful launch that deserves to be known by the general public.
The first signs of massive adoption are felt with a petition aiming at "Drawing up a balance sheet of the Euro and evaluating its effects on French society" totalling nearly 4000 signatures in only 10 days!

This use case of Decidim by OSP with the contributory platform of the Climate Citizens' Convention shows the appetite of institutions to strengthen interactions with citizens through digital means. It validates once again Decidim as a reference software for democratic innovation in Europe and Open Source Politics as a trusted provider for large-scale projects.

Citizens, get your petitions in! This is your chance to contribute to the parliamentary agenda. 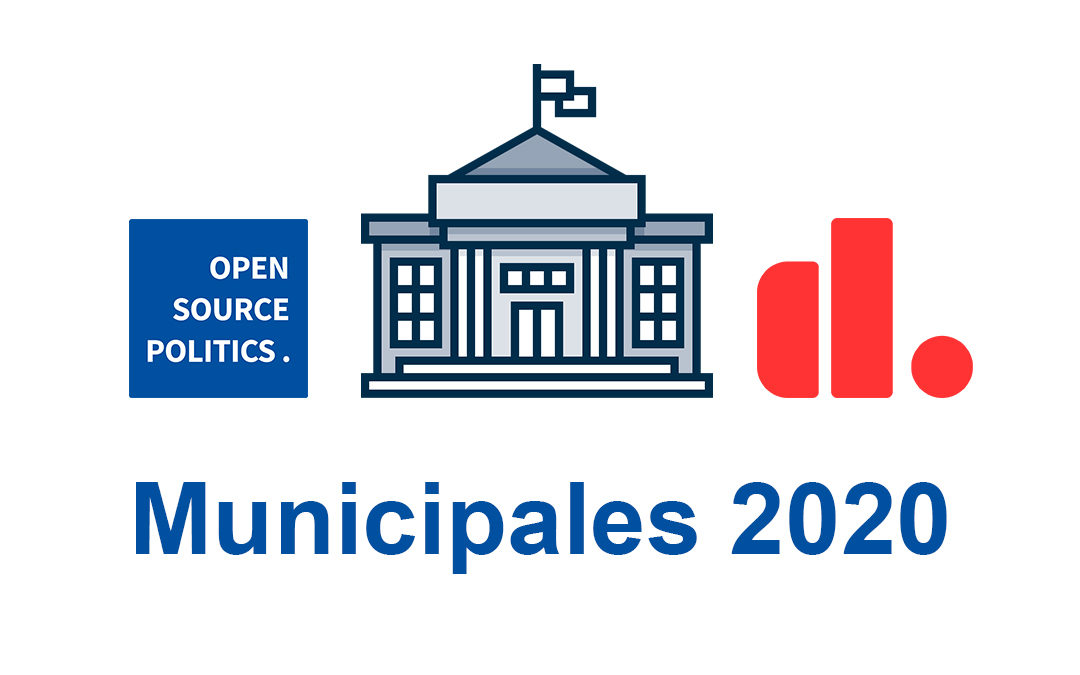 Towards a French-style municipalism?

In the context of the March 2020 municipal elections, Open Source Politics is supporting three citizen collectives in the deployment of their participatory platform. A look at a political movement closely linked to the history of Decidim: municipalism.

Municipalism is a political project that places citizens at the centre of public decision-making. Both urban and rural, it seeks to reintroduce people into the political space and advocates participatory, transparent and effective governance. Through the establishment of popular assemblies and the acceptance of conflict, municipalism re-establishes a form of horizontality in decision-making.

It is about citizens taking ownership of issues that concern them directly: the housing crisis, the failure of public services (electricity, transport, etc.), ecology, discrimination, the reception of refugees and the feminisation of public life. Municipalism sees the city above all as a place to live and a place to help each other. It invites residents to refocus on fundamental values: solidarity, cooperation, social justice, dignity, ethics, etc.

Municipalism, through its struggles and values, therefore intends to respond to issues located as close as possible to the citizens, thus justifying its action at the local level.

2015 in Spain: the new wave of municipal experiments

In the face of disruption, mobilisation

The 2008 financial crisis, the climate crisis, the refugee crisis, the political crisis...: municipalism emerged from a convergence of crises and struggles (the Indignant movement, 2011) which took shape in the Spanish municipal elections of 2015. Madrid, Barcelona, Valencia, Zaragoza, Cadiz and others were won by citizen collectives.

What does it say?

Although the record is not perfect (among other things, there is criticism of security policy and the difficulty of governance within an increasingly centralised Spanish state), the municipalities in question have taken up the most pressing issues, such as democratising access to housing or the municipalisation of certain public services (beaches in Cadiz, funeral parlours in Madrid and water in Barcelona). They have also set up participatory democracy systems, both in the city (like the Madrid 'citizens' laboratories') and online.

The origins of Decidim

In 2015, Madrid City Council created its own free software(Decide Madrid), a collaborative platform from which citizens can submit their proposals to the people of Madrid in a referendum, if they have the online support of at least 1% of the inhabitants. In addition, the city council has set up a voting system and a participatory budget of 30 million euros in 2019.

The Barcelona City Council has invested more than two million euros in the development of the Decidim platform. A true digital commons, Decidim is consistent with the values of municipalism both in its construction and in the tools it offers: open governance of the software, open source technology and the provision of multiple participatory features. The software, originally designed to establish the Barcelona Municipal Action Plan, covered 33,000 participants, 14,000 proposals of which almost 10,000 were accepted, 5,500 results, 13 debates and almost 200,000 supporters. This was the beginning of a unique experience to which Open Source Politics was linked.

In France, for the municipal elections of March 2020, there are many municipal lists: our partner Action Commune counts more than 150. Open Source Politics accompanies three of them with Decidim : We are, Let's wake up Annecy and Grenoble en commun.

Based on the principles of collective self-management, distribution of power and transparent governance, the Montpellier collective We are allows the co-construction of its programme through its Decidim platform.

The process is much the same for the Citizen's Factory, a platform of Let's wake up AnnecyThe 198 contributions are currently being validated by a citizens' parliament .

Finally, the Fabrique, set up for the participatory campaign of Grenoble en communcampaign, has 680 proposals, 244 of which came from physical meetings. Since 2014, Grenoble has been following the municipalist trend by allowing citizens to get involved through a system of voting, questioning, neighbourhood unions and a participatory budget.

Municipalism, a political movement that aims to change political practices in depth, presents itself as a credible response to current social crises. The use of participatory digital platforms, when backed by local democratic strategies, contributes to these reflections on the transparency of public action and the recognition of citizens' expertise. In this period of municipal elections in France, which sees several collectives co-constructing their programme with the help of a Decidim platform, it would seem that the claims made by municipalism are becoming even more firmly rooted in the debate. With a nod to history: the Decidim digital platform is the fruit of past municipalist experiences, but also the instrument of future municipalist projects.

A new synthesis for the Citizens' Climate Convention

Open Source Politics (OSP) was commissioned by the Governance Committee of the Citizens' Climate Convention to set up an online citizen participation platform and to produce three successive summaries so that Convention members would have a digestible and accessible summary of the platform's activity between their working sessions.

The second phase of online contributions to the Citizens' Climate Convention ended on 5 January. On 6 January, our team started working on a second synthesis to highlight the ideas of the French people to fight against global warming.

The writing of the synthesis by our analysts

Based on the full export tables, which are freely available on the platform, our team uses an analysis methodology to highlight the main ideas of the contributions. We looked at all the online proposals from citizens in the second phase of contributions.

In total, for this second phase, 1286 contributions were registered on the platform (a higher number than for the first participation phase). This shows that the French are more committed to the Citizens' Convention, and therefore to climate issues.

Even though cross-cutting contributions were by far the most numerous (28%), citizens tended to focus on the themes of "travel" (24% of contributions) and "consumption" (19.5%). This was also the case in the first contribution phase.

Beyond the climate and social justice issues that were the objectives of the Citizens' Convention, our analysts found that citizens did not hesitate to contribute on broader issues, such as sharing, resource distribution and equality.

On the organisations' side:

In total, more than 100 contributions were received from organisations representing structures involved in economic, social and/or environmental issues.

Our summary is available here

What do the citizens of the Citizens' Climate Convention think?

The synthesis was handed over on the Friday of the 4th session of the Convention to the 150 randomly selected citizens. They said that these summaries are very valuable because they give them an outside view and new ideas. With this second synthesis, they realise that they are supported and that they are not the only ones to give their time and effort. The online contributions complement the work done in the assembly with their richness and detail. Marine, a citizen of the convention, tells us that she used it with her working group.

"At this stage, the richness of the contributions is important because it helps us to go further and dig deeper into the issues, so that we can make the most comprehensive and in-depth proposals. The contributions of the organisations are interesting because they bring useful expertise and figures. And I think it is always important to have a diversity of opinions in our work. »

Marine, citizen drawn for the CCC

Find the second summary of the contributions submitted on the participatory platform of the Citizens' Climate Convention in its entirety.